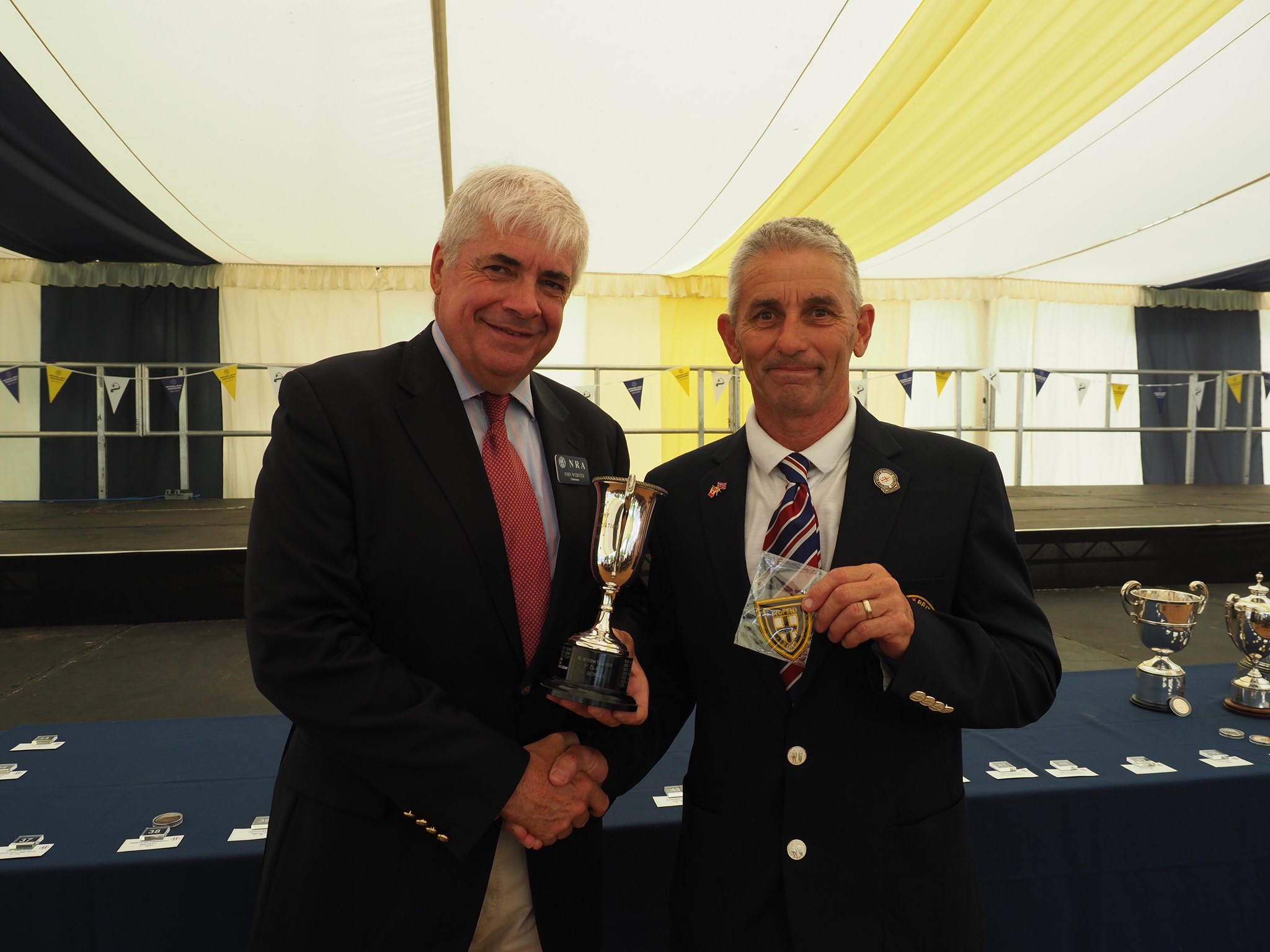 Vihtavuori Team member Paul Hill (UK) attended the 150th Imperial meeting in Bisley, and managed to secure the win of the St George Cup (F-Class). Before the final, Paul had managed four second places one third and qualified for the St. George’s final (top eight only)with a great score at 300yds ( 75.13v bulls )and 75.7 v bulls at 600 yds making 150.20 that added to a 900yds finals shoot off with the other seven in open class. Here’s Paul’s comment regarding the win “Finals day on Monday, July 19, was not going to be easy shooting against lots of great shooters with 300 wsm rifles on nearly the same score, that would give them an advantage at 900yds in today’s winds. Well, using the fantastic Vihtavuori N160 with the Lapua  Scenar L bullet was a great combo, it shot so flat that I could now just concentrate on the wind changes. Somehow, I shot a 75.6 v bulls, not dropping a single point to finish with 225.26v to win with a perfect score.”